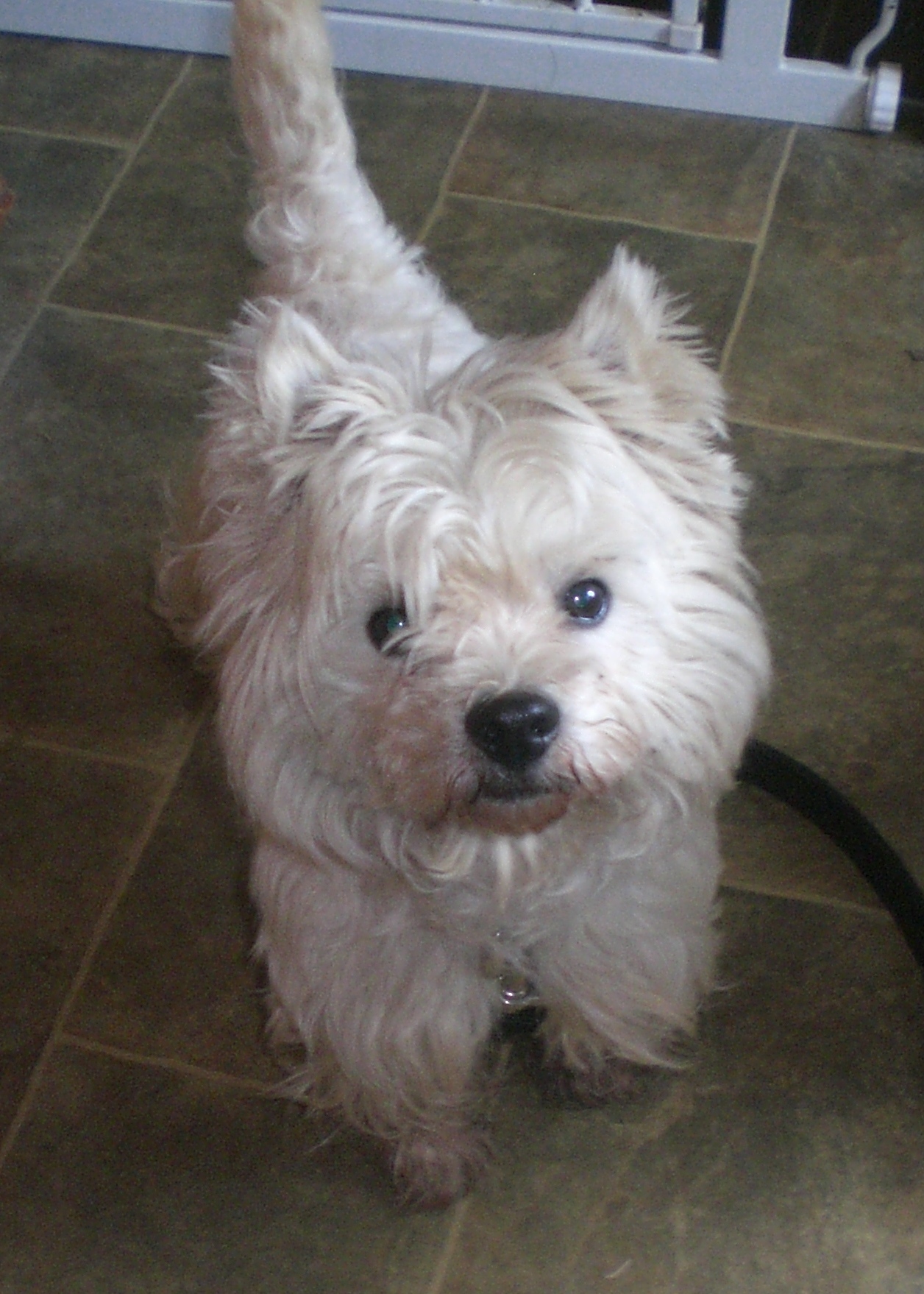 PEBBLES IS NOW HAPPY IN HER NEW HOME

Pebbles is 3 years old and she is microchipped, spayed, vaccinated, flea and worm treated.
In January she was signed over to kennels because of her barking/biting, and was rehomed by the kennels, however she was returned to them for the same reasons.
Mo heard about the little girl and said that we could accept Pebbles into WiN, so Pebbles went into foster with Mo and Ian in North Yorkshire.
Mo says that Pebbles has settled in very well so far, although it is very early days, but considering she was living in a kennel for a while, she is doing well.
She is getting on well with their dogs, and diabetic Barney (who is waiting on going to his new home) has taken her under his paw, showing her around the house and garden.
She seemed quite relaxed when she arrived and slept well her first night, giving Mo a lovely greeting first thing in the morning. She is eating well, enjoying her Trophy food and has been chasing around outside with the other dogs. As this write up was being written, Pebbles was having a snooze on the sofa.

This little lady is settling in well. She appeared relaxed when she first arrived as stated above, but then became quite nervous and barked and growled a bit, but now it is only sometimes, for example, when Ian comes downstairs (we wonder if she was ill treated by a man), but the growls stops as soon as Ian gives her a tickle !
She is quite a small westie and although she is all white, we wonder if there is a touch of Yorkshire Terrier in her.
She would benefit from a groom but this isn’t possible at the moment (COVID 19) but she enjoys being brushed and Mo has showered her a couple of times which she seemed to enjoy. There was no reaction or any attempt to try and bite.