Introducing, officially, the delightful Hamish who is 12 and a half years young and entire. Hamish came in under the WiN umbrella on the 23rd November 2021 after a delicate negotiation with his then-owner over a number of weeks. Hamish has been found to have a severe ear condition which we are currently managing via medication. However, this is just a stop-gap to keep him comfortable. Because of the circumstances, Hamish is in permanent foster with Jan in Scotland. Jan has found him to be a delightful little man despite the obvious pain he has been in. Already he is her shadow and she has nothing negative to say about him, quite the opposite. He loves his walks and digging in the garden and has found his to spending his nights on the bed with Jan! He has now had a dental and has been microchipped and the next step to consider is surgery. He will of course remain with Jan and not be offered for adoption.

18.01.22 Update, dear Hamish will very soon be booked in for surgery to try to lessen the pain in his ears, and hopefully this will help him to hear much better. WiN has received an estimate, from the vet for this procedure being just short of £800. If this operation is not successful then he will be referred to a specialist vet where the cost will be £2,000 for each ear.

further update the vets have now advised dear Hamish needs to be referred to a specialised vet for the removal of both ear canals the cost for this is £4,000 +

Hamish is going to have this operation at the Dick Specialist Hospital for small animals, in Edinburgh, but they will only operate on one ear at a time. The estimated cost for this first operation is £3,469.51 Dear Hamish has had his 1st ear canal removed on the 2nd May 2022 at a cost of £3,901.49, He has recovered so well from this operation, and is now booked for the 2nd ear canal removal on the 22nd June at a similar cost, this will leave him totally deaf, but thankfully in no pain,WiN has also covered the costs at the local vets for ongoing meds to a total so far of £600, Please if you can help in to donate to help cover the ongoing costs for this special westie this would be so much appreciated. Thank you, please keep Hamish in your thoughts, and his foster Jan for caring for him xx

Dear Hamish was booked into Dick Specialist vets on the 22nd of June to have the operation on his 2nd ear canal removal, the estimated cost for this operation being £3,042.30, WiN received kind donations of £180.00 towards this cost, and paid £3,042.30 over to Dick vets. Unfortunately, Hamish had developed a sore on his face prior to his appointment, on examination by them they advised investigation of this sore had to take priority, they found a tumour and 2 of his lymph nodes were found to be larger than they liked. Thankfully all 3 areas were removed with clear margins, and an x-ray proved no spread was present in his other organs. Nor had his blood thrown up any clues to any problems. Jan was able to take him home on Thursday and he has continued to make a good recovery from his operation (two areas). sadly he was also found to be suffering from areas of dermatitis, which is not surprising given his past neglect and living conditions. He is receiving treatment for this, plus pain relief. I will update you further when we have heard back from Dick vets with the results, thankfully his results came back as benign, WiN has now paid the costs of this of £2,000.05, and he is now booked in for the removal of the 2nd ear canal, he will be admitted to Dick Specialist vets on Monday 25th July, and for the operation to take place on Tuesday 26th July.

Please keep Hamish, and Jan, who is taking so much care of him, in your thoughts 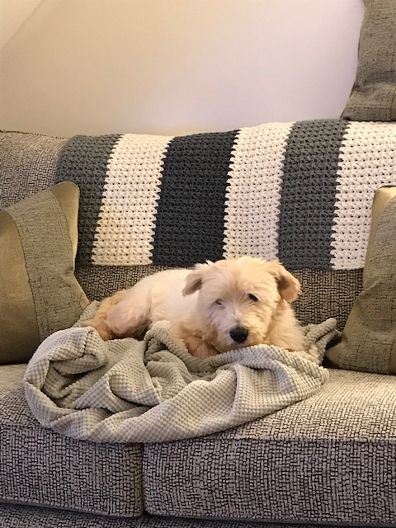 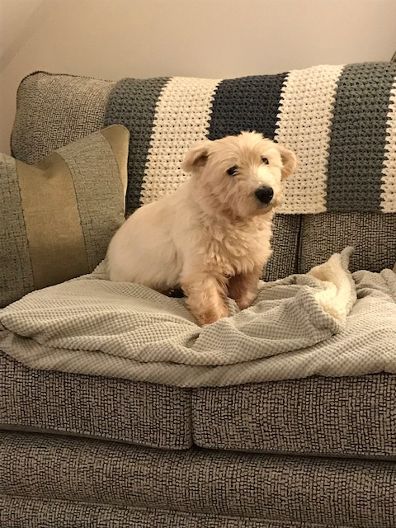