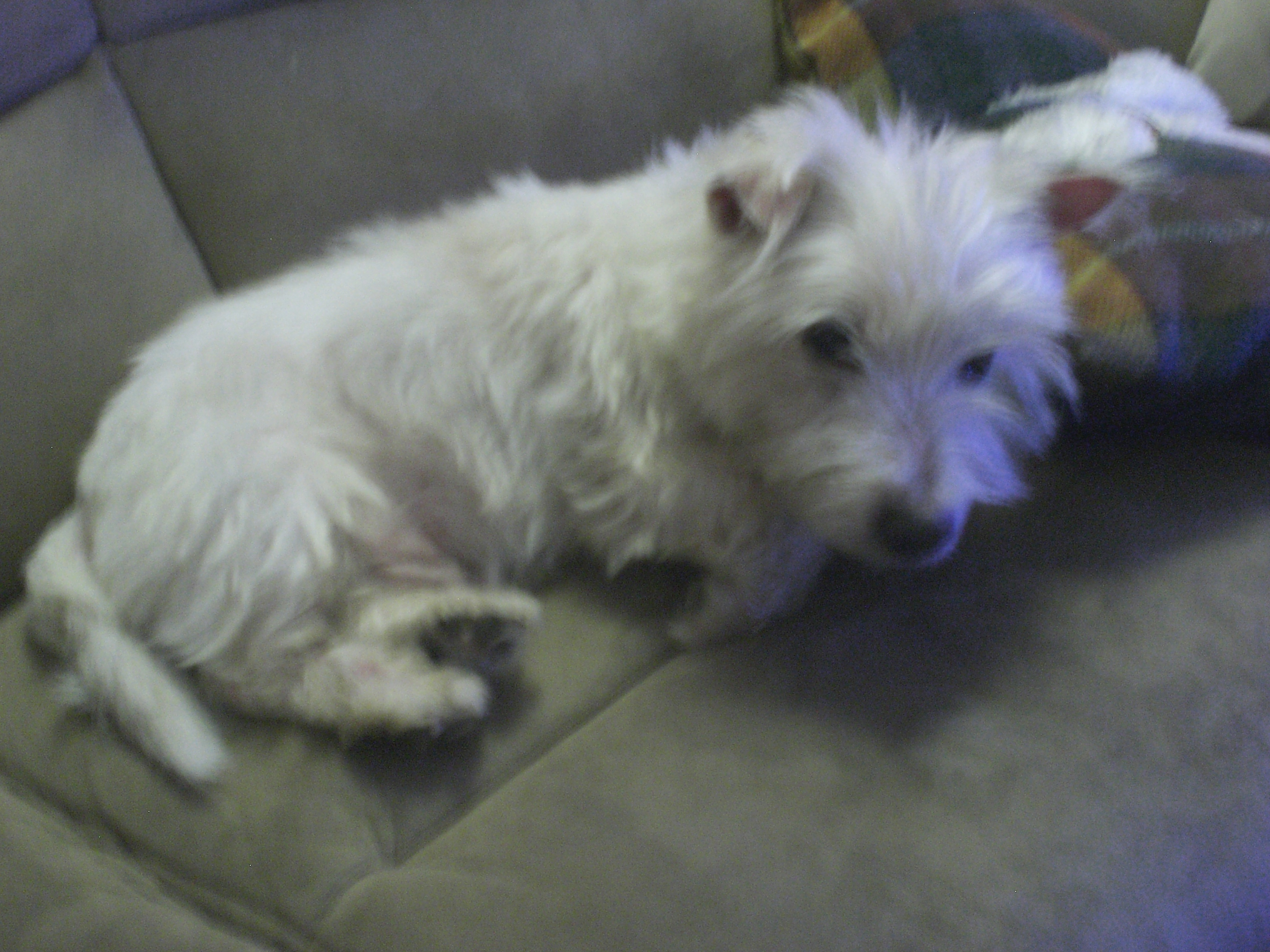 7th January 2021
Mo and Ian are snowed in up in North Yorkshire which sadly means Tommy is unable to go for his grooming and castration at the moment.

Tommy is a Westie x JRT, but mostly Westie.
He is 11 years young and needed to come into rescue due to his owner moving to somewhere he could not take Tommy. He was also left for 8 hours daily whilst his owner was at work.
Tommy has never been seen by a vet. He came into rescue full of fleas, causing his skin to be very sore, and he also had ear and eye infections, all of which had been left untreated. His foster Mo is treating him daily with Dermacton products for his sore skin and drops for his ears which are now clear of infection. He has Opimmune gel in both his eyes, twice daily, and his eyes have improved. He is now free of fleas and his skin has improved, which means he can hopefully go for his groom on the 6th January. After he has been groomed he will then go for castrating later in the month.
Tommy gets on fine with Mo and Ians other dogs, but Mo thinks he would prefer to be an “only” dog with someone, where he wouldn’t be left. He craves attention and behaves very much like a puppy, but with good manners !
He is in foster with Mo and Ian in North Yorkshire but is not ready for re homing yet. A big thank you to Phil Lyons -John for transporting him from Essex to meet with Mo and Ian.